This comic book series was based on a particular main character for each issue of the series published on a monthly basis, by the publisher Sergio Bonelli Editore, then Daim Press.

Each volume was a real biography, in which it dealt with a Western epic character with a comic story complete with sheets and a bibliography containing drawings by Rino Albertarelli in his distinct documentation work. The titles included: 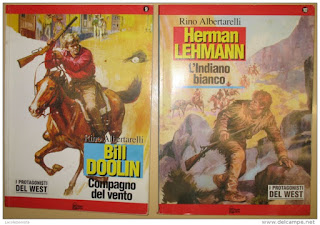 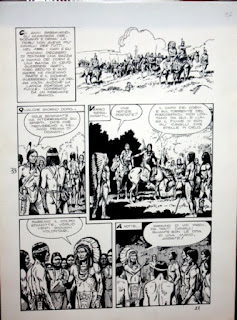 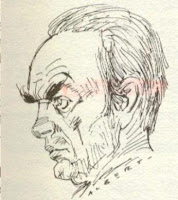 Rino Albertarelli was born on June 8, 1908 in Cesena, Italy. He was an Italian comics artist and illustrator.

He moved to Milan in 1928, debuting in 1935 for the comic magazines ArgentoVivo! and L'Audace. Two years later he moved to Mondadori, for which he created his most famous character, Kit Carson, as well as the series Dottor Faust and Gino e Gianni. After Wolr War II he slowed his activities as a comic artist, only making a few Emilio Salgari's adaptations for the magazine Salgari and collaborating with some French magazines.

In the 1950s Albertarelli abandoned comics to focus on his activity as an illustrator. After a long hiatus, he returned to comics in 1973 with Daim Press' series I protagonisti del West (also known just as I protagonisti), with which he collaborated until his death in Milan in 1974. The series was eventually completed by Sergio Topp