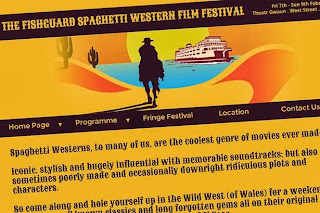 The wild west of Fishguard is chosen to host the UK's first spaghetti western festival.

A West Wales town has beaten off competition from Rome and Texas to host the UK’s first film festival dedicated to spaghetti westerns.

Seven cult movies will be screened in their original 35mm format at Fishguard’s Theatr Gwaun in February – including the original version of Django, which was banned in this country until 1993.

The organizers Xanadu are best known for being behind the Porthcawl Elvis Festival and the Father Ted festival, Tedfest, held in Ireland.

Organizer Peter Phillips said: “We were looking at putting this festival together either in Texas or Rome, the two logical locations.

"However the cinema is so perfect, and, after all, you cannot get anymore west than Fishguard. “

Theatre manager Vanessa Davies said: “The theatre is perfect for it – being ‘oldy-worldy’ and quirky with 35mm projection – the best way to watch these films!”