The Good, the Bad and the IPO 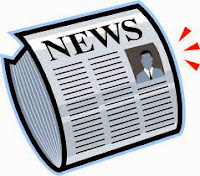 Family Owners of Famous 'Spaghetti Westerns' to Float Shares This Week in Milan.

MILAN—The owners of some of the most famous "spaghetti western" classics are looking for their own fistful of dollars.

The heirs of late Italian director Sergio Leone —who invented the spaghetti-western genre and made films such as "The Good, the Bad and the Ugly," "A Fistful of Dollars" and "Once Upon a Time in America"— will take their father's company public this week in Milan, with a plan to stake out a bigger chunk of the Italian film industry and revive their father's name.

Mr. Leone, known for his intense close-ups and laconic one-liners, became an icon for a generation of younger directors such as Quentin Tarantino, who in his 2012 film "Django Unchained" emulated the kinetic violence and flamboyant style that the Italian westerns pioneered.

His 1960s films launched the big-screen career of Clint Eastwood, who became famous for his roles as Blondie or the Man with No Name. Previously, Mr. Eastwood was largely known for his long-running part in the TV series "Rawhide."

In 1984, Mr. Leone returned to the spotlight with "Once Upon a Time in America," starring Robert De Niro, which was nominated for a Golden Globe Award.

After his death in 1989, Mr. Leone's children, Andrea and Raffaella, built his company, Leone Film Group, into an independent film distribution and production company with a 400-title library. The group has brought to Italy several American blockbusters, including "Rush" and "Traffic," and has the exclusive rights to distribute the films of Ron Howard, Martin Scorsese and DreamWorks DWA +2.18% Distribution Co. in Italy. According to the contracts, the rights also include proceeds from DVDs, home videos and TV rights associated with those titles.

The Leone heirs are launching the IPO to raise funds to broaden the company's film library, make more distribution agreements with U.S. filmmakers and expand its own movie production. They plan to sell a 20% stake in the company through a public listing slated for Wednesday. Because the company is quite small—bankers value it at just €75 million ($103 million)—it will be listed with Milan's small-cap stocks. The Leone heirs hope to raise about €17 million in fresh cash through the placement.

The Leones also hope that growth in the company will help them fund another, somewhat quixotic pursuit: pitching their father's famous brand to a younger audience.

The siblings have bought back the rights to most of their father's films over the years, but have so far done little with them. Indeed, just a fraction of the company's €13 million in revenue stems from their father's body of work. The bulk comes from distributing Italian titles and American blockbusters in Italy.

Now, they hope to strike deals for spaghetti western-style areas in U.S. theme parks and develop a videogame inspired by "The Good, the Bad and the Ugly." They also are trying to develop the last screenplay written by Mr. Leone before he died in 1989, together with David Franzoni, an Oscar-winner screenwriter who worked on "The Gladiator."

"We want to show the financial world how much the cinema industry is worth also outside the U.S.," says Andrea Leone.

It won't be a simple task, as the genre peaked nearly 50 years ago. "Cowboy films are just not popular at the moment," says David Nicholas Wilkinson, chairman of Guerrilla Films Ltd., a U.K. independent distributor and film industry consultant. "The spaghetti-western brand is an extremely good one, but…I'm unsure whether young people would be interested."

Only a handful of filmmakers' families around the world have been able to pursue a similar path because rights to a film are typically held by studios, not the directors. George Lucas is a rare exception. He controlled virtually all rights to his six "Star Wars" movies, and a number of licensed products based on them, before selling his company, Lucasfilm, to Walt Disney Co. DIS +1.02% last year for $4 billion.

Lucasfilm made about $25 billion in consumer sales world-wide over about 30 years, by selling toys, books and various merchandise in more than 100 countries. It also has a global program of Star Wars museum exhibitions.

Leone is one of a rush of small Italian companies seeking a listing at a time when bank financing is increasingly scarce due to the crisis in Italy. The Italian stock market says that more than 100 companies are considering a listing, including small fashion houses and even a Milan jazz club, Jazz Blue Note.

—Ben Fritz contributed to this article.

Write to Manuela Mesco at manuela.mesco@wsj.com
Posted by Tom B. at 10:16 AM