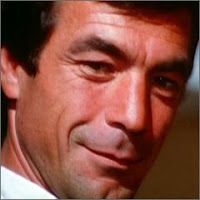 Maurice Poli was born on December 2, 1933 in Zarzis, Tunisia. Poli spent his youth in Régny.

He became well known for his appearances in several series such as ‘Belle et Sébastien’ (1964), ‘Frédéric le guardian’ (1965) where he played the lead role, which earned him great popularity (even leading him to have an affair with his partner Geneviève Grad).

Poli later became a director, an assistant director and a screenwriter. His last film appearance was in the short “La main noir” in 2004.