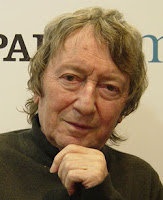 
He collaborated with filmmakers such as Carlos Saura, Victor Erice and Fernando Leon, among others

His death has occurred at 6 am on Sunday, according to the sources, who have pointed out that his remains will be transferred to the 13 hours a Funeral Home of La Paz (Tres Cantos, Madrid).

His latest works as a producer have been 'Siete mesas de billar francés' (2007) and 'Cerca de tus ojos' (2009), which also was his directorial debut.

He has received numerous awards such as the Luis Buñuel film (1980), the National Film Award (1986), Europa Cinema Award for Best European producer in the Italian Festival of Rimini (1987) and the Gold Medal of the Spanish Academy Film (1998).

Querejeta was the producer of one Euro-western: “Yankee Dudler” (1973).