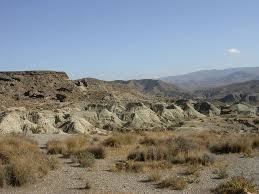 Continuing our search for location for “Death Rides a Horse”. After Bill learns about the spur the sheriff brought out to the ranch and that it is an exact match for the one he’s kept ever since the massacre of his family he saddles up and goes in pursuit of Ryan. When he catches up with Ryan
he finds Ryan unsympathetic to his plight even though they are both after the same men. Ryan wants to extract his vengeance on his own. He takes Bill’s horse and leaving him his pistol rides off into the desert.

This scene was filmed in one of the many ramblas of the Tabernas desert. 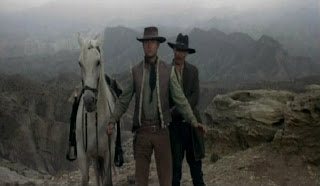