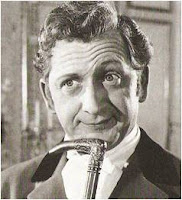 Gunther Placheta was born on June 8, 1918 in Maroshévíz, Hungary, Austria-Hungary. His father was stationed, due to the war, in today's Romania (Transylvania). Soon after Gunther’s birth, the family returned to their hometown of Vienna, Austria. He received his education in Vienna and Innsbruck. Gunther Philipp's first success was purely casual: he held for 14 years the Austrian record in the 100-meter breaststroke. He was also part of the squad of the Austrian Olympic team in 1936 in Berlin, however, for political reasons did not participate.

During the Second World War, Philip studied drama at the Max Reinhardt Seminae and philosophy at the University of Vienna with a major in psychology and later medicine. In 1943 he received his PHD and performed his wartime service in a field hospital. After the war he ran a practice in Eberstalzell in Upper Austria and was, until the 1990s practiced at the University of Vienna Clinic of Neurology and Psychiatry.

In 1946 he co-founded with Peter Wehle and Fred Kraus, the cabaret group "The Small Four". At the end of 1949, Philip gave up his civilian job and worked extensively as an actor or presenter using the name Gunther Philipp, but continued a strong interest in medical topics by reading appropriate journals. He also wrote countless programs for radio and screenplays for film. Gunther also garnered successes in the theater as an actor. His appeared in films with Peter Alexander and Hans Moser, to which he was known for his comedic characters.

In the 1950s and 1960s Philipp was one of the most popular and busiest German actors. He appeared in 147 film and television roles. As a screenwriter Philip wrote 21 screenplays. He appeared in two Euro-westerns: “Count Bobby, the Terror of the West” (1966) as Baron Mucki von Kalk and “Hate is My God” (1969) as Judge Smith.

He was married four times, most recently with the much younger doctor's daughter Gisela Kirchberg, and was the father of three sons.

Gunther Philipp died on October 2, 2003 after a serious long-term illness at the age of 85 at a clinic in Bonn-Bad Godesberg.

Today we remember Gunther Philipp on what would have been his 95th birthday.