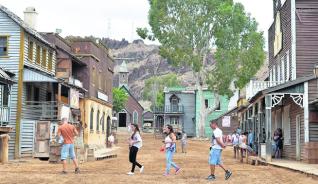 Grand Canary Islands - Sioux City Socorro is set 200 years back in history and a time to remember when U.S. troops fought to expand the frontier of their country and colonize the lands to reach the Pacific coast. Each day, for 42 years, time stops in the nineteenth century at this theme park and visitors experience life in the Far West.

In this parallel universe, cowboys ride their horses, Indians throw knives and ladies dance can-cans. A fictional world which, however, is approached by a very real end. Closure of Sioux City hangs in the balance, waiting for an investor to save the most delicate economic situation.

Workers and owners of the facility, the Castle family, are negotiating a deal these days while consuming the extended deadline of a Redundancy Employment (ERE) discontinuance affecting twenty employees. However, this is not the first SRE facing the park.

"Four years ago there was a partial suspension ERE working day, which became a discontinuance ERE for 13 workers, then objective dismissals were made for economic reasons and finally a salary cut between 10 and 20% "explains Antonio Gopar, director of Sioux City and the town sheriff. Gopar says: "We have done everything possible to avoid this situation" and that even the owners "have put money in our pocket to keep the park going." However, both he and the rest of the staff recognize that the likely closure of this village in the West "is the chronicle of a death foretold".

Sioux City opened its doors for the first time in August 1971. After the golden age of American westerns in the Hollywood of the 1950s, and the newly generated spaghetti western (or Euro-western), a group of American and German investors decided to look for a location to shoot these films. The barren landscape of Eagle Canyon presented the perfect opportunity in which to recreate an authentic Old West town. 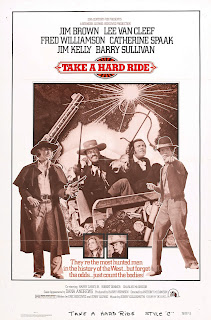 As Western movies began losing pull with theater audiences, consequently, the number of shoots decreased, Sioux City began to strengthen its role as an entertainment park. "At first they performed a few shows that recreated pretty basic day to day in the village, but gradually those numbers were growing and 80 people came from Italy, the Ledda family which tied in shows with whips, knives ..." , relates Gopar.

Davide Ledda is the only one of this family still working in Sioux City and is, among other things, a knife thrower. He arrived at five years of age and now is now 38. Beside him his wife Lidia Alemán who also works in Sioux City. Both say they do not fear the future. "If the park closes we will seek work elsewhere, but remain hopeful that it will continue," they confess.

The 1990s was the heyday of Sioux City, sometimes counting up to 76 employees. "I remember seeing the main street of full of visitors," said Ledda. Foreign and Canaries filled the corners of the park fascinated by the details of each of the buildings that stretch for more than 280,000 square meters that make up the park. "We attended to some 300 people a day and in the night show about 1,500. Now we receive 100 visitors a day and 200 at night," says Antonio Gopar.

The facilities are also used for television programs, commercials and film shooting and a place of concerts for the likes of James Brown, Gloria Gaynor and Joaquín Cortés.

Hard times began to make an appearance in 2005. "The western fashion passed and the outbreak of all-inclusive hotels that tourists do not want to leave them and pay for a show when they can see the hotel's own show," explains Gopar.

The facilities are also used for television programs, commercials or films shooting and a place of concerts for the likes of James Brown, Gloria Gaynor and Joaquín Cortés.
Hard times began to make an appearance since 2005. "The western fashion passed and the outbreak of all-inclusive hotels that tourists do not want to leave them and pay for a show when they can see the hotel's own show," explains Gopar.
To win back tourists, Sioux City decided six years ago to open a zoo, exhibiting exotic species. "We started with a collection of venomous reptiles of the American West. With rattlesnakes, lizards scorpions, with the only white crocodile in Europe, among others," adds the director of the park. Among buffaloes, horses, goats and other animals, 180 different species are now concentrated in Eagle Canyon. Despite this attempt to respond to the new demands of the public and to adjust their expenses to the extent possible, the economic viability of Sioux City is seriously resentful. "In maintaining facilities it is more than 50,000 euros per month," said Antonio Gopar.
Saving the continuity of the park and the 20 families that depend on their work means having an investment of one million euros. Money that, so far, no bidder has agreed to put on the negotiating table
Sioux City Link: http://www.siouxcity.es/
Posted by Tom B. at 5:19 AM