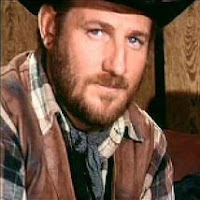 Goffredo ‘Freddy’ Unger was born on June 6, 1933 in Oslo Norway. During his career, he was billed and credited under several pseudonyms such as: Freddy Unger, Freddy Hagar, Frederico Hungar, and John Silver.

In the Italian film industry Unger was considered one of the best extras and character actors who developed a career in minor roles. Among other things, he became a great stuntman and stunt coordinator and also a master of arms and special effects. Unger was also a master at fencing and became an instructor on many films during the 1960s and 1970s.

He began his career during the 1960s, starting in various mythological and sword and sandal films. This led to his participation in the Italian comedy films, thrillers and most of all the so called spaghetti westerns. He then became a second unit director as well as a stunt coordinator.


He was well respected and much loved by his colleagues.

He appeared in over 30 Euro-westerns as an actor and stuntman and many others as a SFX man and stunt coordinator. Unger died in Rome on June 6, 2009.

Today we remember Goffredo ‘Freddy’ Unger on what would have been his 80th birthday.