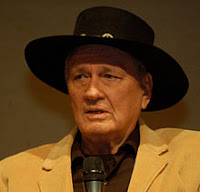 Charles Oliver Hand was born on June 20, 1933 in Santa Ana, California. Known to us as Brett Halsey, he is an American film actor, sometimes credited as Montgomery Ford. He had a prolific career in B pictures and in European-made feature films. He created the role of John Abbott on the soap opera ‘The Young and the Restless’, a role he filled from May 1980 to March 1981, when he was replaced by Jerry Douglas.

Halsey is a great-nephew of the United States Navy Admiral William F. "Bull" Halsey; Universal Pictures selected his acting name from the admiral.