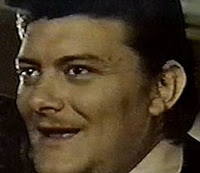 Italian director, screenwriter and actor Gianni Manera died in a Rome hospital June 10, 2013 after a long illness. Born Colleferro Gianni Manera in Asmara on February 8, 1940. He was 73 years old.

At his bedside was his daughter Alma, singer-actress (born from the marriage with director Maria Pia Liotta) and his brother painter Enrico Manera.

Gianni was born in Asmara, February 18 1940 and became known to Italian film goers thanks to his debut film as a writer and director in 1972’s "La Lunga Ombra Del Lupo", which cost him an arrest by the Prosecutor of the Republic of Bologna with the accusation: "Incitement to incite an armed riot through an ideological tool." His other famous titles are “Ordine Firmato in bianco”, “Cappotto di legno” e “Tragedy in New York”. He won numerous awards both nationally and internationally.

In his films he directed prestigious actors such as Michel Constantin, Fred Williamson, Don Murray. Gianni Manera was one of the first directors of independent film.

He started his career very young, first as an actor (he was an integral part of the theater company of RAI in Turin) and then as a director. Anton Giulio Majano chose him for one of his first TV series, "Lieutenant Sheridan," and again for Rai he starred in "Life of Dante" with Giorgio Albertazzi. He worked with Alberto Lupo, Luisa Rivelli, Maurizio Arena, Michele Palcido and Philipe Leroy.

Manera was involved in two Euro-westerns appearing as an actor in “7 Dollars to Kill” (1966) starring Anthony Steffen and Fernando Sancho and “A Wreath for the Bandits” (1968) for which he also wrote the screenplay: