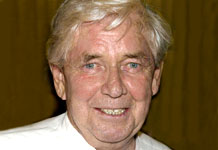 Ralph Waite was born in White Plains, New York on. June 22, 1928. He was the oldest of five children and the son of Esther (née Mitchell) and Ralph H. Waite, a construction engineer. Before becoming an actor, Waite, served in the U.S. Marine Corps from 1946 to 1948, graduated from Bucknell University in Lewisburg, Pennsylvania, and briefly was a social worker. He earned a master's degree from Yale University Divinity School and was a Presbyterian minister and religious editor at Harper & Row in New York City before deciding on a career in acting.

He is a former member of the Peninsula Players summer theater program during the 1963 season.

After fifty years being away from organized religion, Waite returned in 2010 and became an active member of Spirit of the Desert Presbyterian Fellowship in Palm Desert, California.[3]

Waite ran unsuccessfully for Congress in California as a Democrat three times: in 1990 he challenged veteran GOP incumbent Al McCandless in the Riverside County-based 37th district, losing by five percentage points. In 1998 he ran in the special election for the then-Palm Springs-based 44th district left vacant by the death of incumbent Sonny Bono. He was defeated in that election by Mary Bono, Sonny's widow, and lost to her again that November.

Today we celebrate Ralph Waite’s 85th birthday.
Posted by Tom B. at 7:14 AM