Voices of the Spaghetti Westerns ~ “The Treasure of Silver Lake” 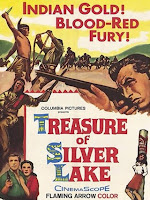 Juan Miguel Cuesta was born in Spain sometime in the 1930s. He was a great actor with one of the best and most beautiful voices of Spanish dubbing with an extraordinary very serious voice of the most romantic and seductive kind, for his warmth and charm. Cuesta also lent his voice to Michael Caine as "Alfred Pennyworth" in Christopher Nolan's trilogy and in the famous "Origin." He was the usual Spanish voice of Donald Sutherland, Ian Mckellen, and Michael Caine, as I mentioned above. Juan has also played Sonny Corleone (movie and series), Mandible or Epi in Sesame Street, among many other characters. He died sometime in 2011.