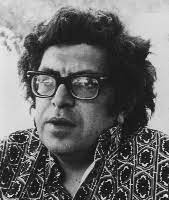 Portuguese producer, director, writer and actor Antonio de Cunha Telles died in Lisbon, Portugal on November 23, 2022. He was 87. Born on February 26, 1935, in Funchal, Madeira, Portugal. He studied Medicine in the University of Lisbon. He went to Paris around 1956, studying filmmaking at the Institut des Hautes Etudes Cinematographiques (IDHEC), graduating in 1961. Back to Portugal, he ran a newspaper called Imagens de Portugal (Images of Portugal) and assumed leading functions at the Cinema Services of State Entities. His directing debut was made with the documentary “Os Transportes” (1962), and started activity as a producer, becoming one of the essential names of the Portuguese New Cinema (Novo Cinema) movement. He produces “Os Verdes Anos” (1963) by Paulo Rocha and “Belarmino” (1964) by Fernando Lopes. The most recent films directed by Cunha Telles are Vidas (1984), Pandora (1996) and, more recently, Kiss Me (2004), the first and only cinematic experience of the top model Marisa Cruz. Telles was executive producer on the 1994 TV Euro-western “El águila y el caballo” starring David Carradine.