'1923', Harrison Ford and Helen Mirren in the prequel to 'Yellowstone' 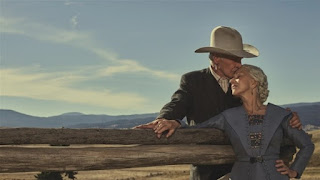 Set in the West of the early '900, at the time of prohibition and the great depression, 1923was designed to go on for two seasons of eight episodes each. The series will be released on December 18 on Paramount+.

This is the second prequel series based onYellowstone, the popular series created by Taylor Sheridan. The first prequel was titled1883and starred Sam Elliott, Tim McGraw and Faith Hill. A third spinoff titled6666, in development, would be set in contemporary Tex.

[According to the IMDb portions of this mini-series are filming in Malta and South Africa.]