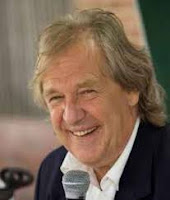 RIP David English. David English died in England on November 12, 2022. He was a British charity fundraiser, cricketer, actor, writer and former president of RSO Records. Born David Stuart English in London on March 4, 1946, he was appointed MBE in the 2003 Birthday Honours, and CBE in the 2010 Birthday Honours for services to cricket and charity. English founded the Bunbury Cricket Club, through which he raised £14m for charity. He was involved in the creation of the Bunbury Festival, a national under-15s cricket tournament that has helped the careers of over 1000 first-class cricketers, and over 125 international players. English was a journalist on the Daily Mail and then worked for Decca Records. At Decca he was press officer, handling publicity for artists including the Rolling Stones and Tom Jones. He became President of RSO Records, signing artists including the Bee Gees and Eric Clapton. English had a career in acting, appearing in the films A Bridge Too Far and Lisztomania. He wrote a series of children's books called Bunbury Tails and a spin off animated series called The Bunbury Tails. English appeared as Hamilton in the 1986 Euro-western “Sky Bandits”.
Posted by Tom B. at 7:39 AM