Voices of the Spaghetti Western ~ “The White, the Yellow and the Black”

Today we’ll cover – “The White, the Yellow and the Black” 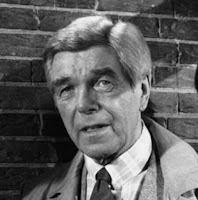 he returned somewhat reluctantly in familiar guise as the elegant, pin-stripe suited Kriminalhauptkommissar Hans Georg Bülow in TV's top crime-time series Tatort (1970). However, the era for anachronistic gentlemen sleuths had passed and a mixed critical reception prompted Drache to quit the show after just six episodes. After that, he quietly faded from the spotlight and died in Berlin on April 3, 2002 at the age of 79.