Voices of the Spaghetti Western ~ “California” 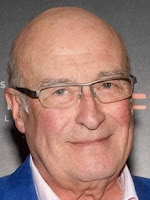 Luis Porcar Atienza  was born in Valencia, Spain on June 20, 1943. Hehas been dubbing numerous internationally recognized actors for more than 40 years. He entered dubbing, in Madrid, at the beginning of the 1970's, being hired at the "Sincronía" dubbing studio. His first important role in dubbing was dubbing O.J. Simpson in "The Towering Infrno" in 1974 . Today, the best known dubbing of him is in the television series ‘House MD’, in which he provided the voice of the protagonist Gregory House. In the years 1964/67, he participated as a leading actor in the TEU of Valencia under the direction of Antonio Díaz Zamora. A great performance in the play "La Ventanilla" by Jean Tardieu together with FJAlberola at the Cine Club Universitario de Valencia. He also participated in the video game ‘Dante's Inferno’, where he voiced the poet Virgil, Dante's guide through his path through hell. Thanks to his great interpretive level and for having a leading man's voice, he has shone in a multitude of movies, in which he dubbed Peter Falk, Michael Douglas, George Clooney, John Malkovich, Marcello Mastroianni and a longlist of other actors. What's more. he has lent his voice in many advertising campaigns, corporate videos, news and documentaries.

In 2019, she received an "Irene Award" in recognition of his long career in dubbing and the great work he has done.