We continue our search for filming locations for “Run, Man, Run”. Riza’s wounded gang member makes it back to Riza’s camp before falling off his horse and collapsing on the ground. He tells Riza the others have been killed. Riza is ready to ride on Burton City with his gang and burn it to the ground but is stopped by the Frenchman Michael who explains to him the situation. While killing half the population of Burton City and making them heroes both Cuchillo and Cassidy will escape with the gold. They must find away to force the citizens to leave the town and expose our two heroes. He tells Riza they must alert the town of the consequences if they do not evacuate the town or turn over Cassidy and Cuchillo. 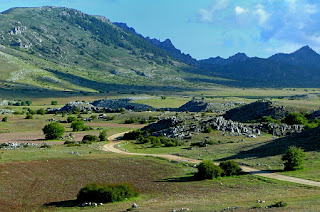