When Tony Anthony’s first western ‘A Stranger in Town” was being promoted a trailer was put together with clips from the film and musical cuts by the film’s composer Benedetto Ghiglia’s score and a song not from the film called “Heavy Music" by a Detroit singer named BOB SEEGER. The song was subsequently used in trailers for Anthony’s “Blindman”, “Get Mean”, and the re-release of “Comin’ At Ya!”. 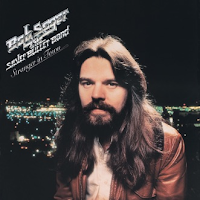 In 1978 Seeger released an album entitled "Stranger in Town".

[Thanks to Mike Ferguson for this information.]