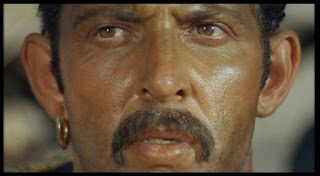 In “The 3 Swords of Zorro” Spanish actor Álvaro de Luna, appears twice as two soldiers.
When Paredes murders the stepmother of the future Zorro, he is one of the soldiers who hold Juan Ortiz until he surrenders and then in Maria's tavern and he appears again as one of the soldiers who stand in line in front of the swords, he is the first one on the left with a mustache, he may also appear be in the final battle. 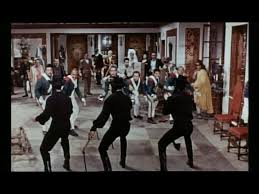