After the burning of Abel Murray’s hotel and saloon the scene switches to Scott Mary looking at a poster advertising the “Four Deputies are required to keep law and order. Apply at the Sheriff’s Office. Signed by Nigel, Sheriff. Scott walks over to the livery stable where he finds Murph Allen cleaning a stall. He asks Murph where he got his gun and is told the marshal gave it him. Murph tells Scott that he better watch out. Talby is getting older and is using Scott for his gunhand and this is Talby’s last chance to set himself for life. He warns Scott about Talby being smarter and more accurate and how he’s shaved his barrel two inches shorter than Scott’s so he can draw quicker. He tells Scott is he’s killed he’s left a package for him in the stable. Scott shoves him aside and leaves the stable. 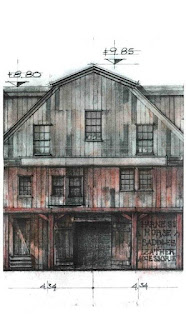 This scene was filmed on the Cinecitta western set in Rome. 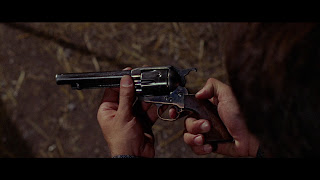