Who Are Those Composers? ~ Robby Poitevin 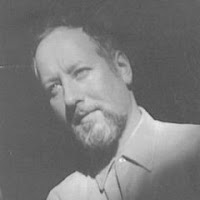 Robert ‘Robby’ Poitevin was born on October 24, 1926. Little is known about this composer who has credits as a composer, conductor and actor from 1966 to 1969. During this time he worked with other composers such as Nora Orlandi and singers Maurizio Graf, Rita Pavone and Raoul. He died on October 3, 2003.