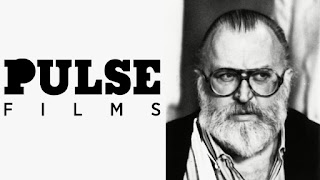 Pulse Films and Leone Group have announced the project of a documentary about Sergio Leone, with the direction and script by Francesco Zippel. Pulse Films will co-producer the documentary through its new subsidiary Pulse Films Italia.

“This project we have been working on for some time with Francesco Zippel who will direct it, exciting us and deeply involving us for obvious reasons – says Raffaella Leone, CEO of Leone Film Group – We are therefore very excited to announce that we have reached a co-production agreement with Pulse Films, with whom we will work side by side to create an innovative and wide ranging documentary like the man and the cinema whose story he will tell. Once again we thank Gianluca Farinelli and Cinecteca di Bologna for their precious help.

The film will benefit from exclusive material from the Cineteca di Bologna, which recently organized a highly successful exhibition dedicated to Sergio Leone both in Paris at the Cinematheque Francaise and in Rome at the Ara Pacis. Gianluca Farinelli and his team have conducted a careful research to recover Sergio Leone related material that will be available for the film
Posted by Tom B. at 6:32 AM