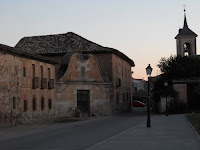 In the Spanish countryside 45 kilometers northeast of Madrid. The interior of the Cartuja (Charterhouse), a large four-storey building dating back to the 17th century, was used by the monks of the Carthusian order as a warehouse and laboratory for the production of wine and oil, and used as a set in western films and other genres: it appears in ‘Seven Guns for I MacGregors” (1965) (and the interior of the building of the village of the Mexican bandit Santillama / Leo Anchoriz, in which the MacGregor brothers, managed to free themselves, and clash with the bandits who are chasing them); other parts of the interior of this historic building are used in “Sugar Colt” (1966) (The basement where the kidnapped northern soldiers are held prisoner); “Up the MacGregors” (1966); The Forgotten Pistolero” (1969); “Zorro” (1975); “Al este del Oeste” (1984) “Tex and the Lord of the Deep” (1985); “Return of the Coyote” (1998; “A Dollar for the Dead” (1998). 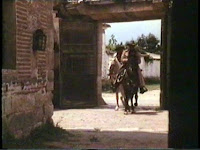 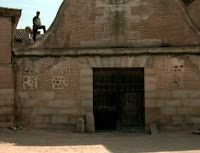