We continue our search for filming locations for “Day of Anger”. After Talby successfully defeats Owen White in the duel on horseback, he returns to town to inflict his revenge on the men he believes hired White to kill him. He sets fire to Abel Murray’s hotel and saloon by opening several of the wine vats and pouring liquor over the staircase. Murray tries to stop him by begging him not to burn him out. Murray signs a note for payment on demand and Talby takes it and gives Abel his receipt a lit match he drops on the floor which ignites the wine and the hotel goes up in flames. 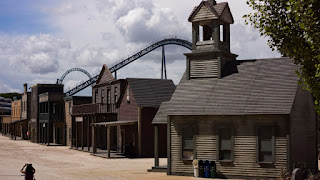 The scene was filmed at the Cinecitta western village in Rome, Italy. 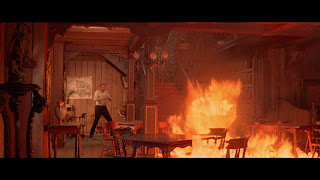