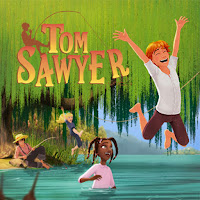 Story: Tom Sawyer is a boy in search of adventure from the moment he wakes up. With his little brother Sid and his group of faithful friends, he is always looking for a new adventure and is unstoppable. Whether they are trying to rescue a friend, take care of a dangerous animal, skip school with Huck, outwit Joe’s evil plans or fix their missteps, Tom and his gang are never short of ideas. Based on the novel by Mark Twain, each episode of the Tom Sawyer series presents one of the great adventures, escapades, or explorations of these lively kids with plenty of imagination! 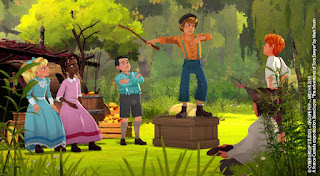 [Thanks to Michael Ferguson for bringing this new television series to my attention.]
Posted by Tom B. at 6:38 AM