Who Are Those Guys? ~ Luigi Casellato 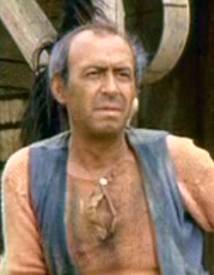 Luigi Casellato was born in Rome in 1925. A working man’s actor who usually appeared in robust character roles as a gangster, a cowboy, cop, friend, agent etc. He had a leading role in only one film “Mazurca di fine estate” (The Death on Mars) in 1971

He wanted to play important characters and figured he could make a named for himself in the Spaghetti western genre, but instead was usually given only small character roles. Luigi also wrote story ideas and scripts which were passed on and used by directors of the genre with usually no compensation or acknowledgment. He was born out of wedlock and therefore used the name of the his real father not the name of his mother’s husband because of legal reasons. Luigi worked on several dramas for RAI TV.  He has also played various roles as a film actor and others as a singer, mainly in the 1960s and 1970s with over 60 appearances.

He was a solitary man who loved painting and did not socialize, instead spending his time alone, a bit paranoid in his apartment, where he was found dead, almost by chance in 1980. He had disappeared ignored and forgotten the same as how he had lived.