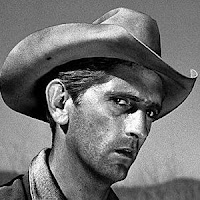 Legendary, longtime western actor Harry Dean Stanton died in Los Angeles, California of natural causes on September 15th. He was 91. Stanton was born in West Irvine, Kentucky on July 14, 1926. After serving in the Navy during WWII, he attended the University of Kentucky, studying journalism and radio, and performing in “Pygmalion.” He then pursued an interest in acting by heading to California to study at the Pasadena Playhouse. He made his small-screen debut in 1954 in an episode of the NBC show “Inner Sanctum.” In another early TV role, he was directed by Alfred Hitchcock in an episode of “Suspicion” called “Four O’Clock.” On the big screen, Stanton’s earliest, mostly uncredited work was in Westerns and war pics, debuting in 1957’s “Tomahawk Trail” and appearing in 1959 Gregory Peck-starrer “Pork Chop Hill.” (He also guested on many TV Westerns, including “The Rifleman,” “Have Gun — Will Travel,” “Bonanza,” and “Gunsmoke”). Stanton played the prison warden on the CBS prequel to their initial showing of “Fistful of Dollars” in 1977. The network feared objections from viewers because of the Man With No Name’ unscrupulous tactics so they filmed a short prequel showing the hero being let of jail and told by Warden Stanton that he would be granted a parole if he went south of the border and cleaned up San Miguel.
Posted by Tom B. at 4:48 PM