Who Are Those Composers? Marco Beltrami 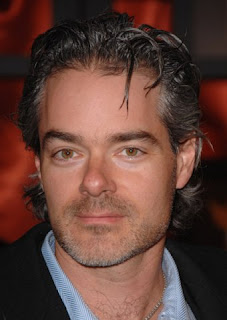 Marco Edward Beltrami was born in  Long Island, New York, on October 7, 1966, of Italian and Greek descent. He attended Ward Melville High School, and afterwards, graduated from Brown University and studied at the Yale School of Music, and then moved west to the USC Thornton School of Music in Los Angeles, where he studied under legendary composer Jerry Goldsmith.

A few classical commissions and USC student films aside, Beltrami scored his first feature in 1994, the thriller “Death Match” for director Joe Coppolletta, and reached a higher level of public acclaim in 1996 when he wrote the score for Wes Craven's smash hit shocker “Scream”. He is best known for his work scoring horror films such as “Mimic” (1997), “The Faculty” (1998), “Resident Evil” (2002), “Don't Be Afraid of the Dark” (2011) and “The Woman in Black” (2012). A long-time friend and collaborator of Wes Craven, Beltrami has scored seven of the director's films including all four films in the Scream franchise (1996–2011). Marco has been nominated for two Academy Awards for “3:10 to Yuma” and “The Hurt Locker”, and won a Satellite Award for Best Original Score for “Soul Surfer” (2011). He also scored Guillermo del Toro's 2004 supernatural superhero film “Hellboy”, the 2013 superhero film “The Wolverine” and its sequel “Logan”.

Apart from horror/thriller and action, he also scores certain independent films such as “The Dangerous Lives of Altar Boys” and Tommy Lee Jones' “The Three Burials of Melquiades Estrada”. He was nominated for an Emmy Award for his score for the film “David and Lisa” in 1998, indicating a desire to spread his musical wings beyond the bounds of his genre pigeonholing.

He has composed the recent entries in the Die Hard saga, “Live Free or Die Hard” and “A Good Day to Die Hard”, taking over from Michael Kamen from whom Beltrami used some of the original themes from the previous three films due to Kamen's death in 2003. Beltrami earned an Academy Award nomination for his work on James Mangold's acclaimed 2007 western remake, “3:10 to Yuma”. Despite having met a mixed critical response, he was also nominated, alongside Buck Sanders, for the 2010 Academy Award for Best Original Score for his score to “The Hurt Locker”. In 2011, he was met with critical praise and won a Satellite Award for Best Original Score for his score to the drama film “Soul Surfer”. Beltrami composed the soundtrack for Pierce Brosnan's 2014 spy film “November Man”.

Beltrami's signature style is based around highly percussive texture. He often employs both traditional percussive instruments like bass drums, as well as violins and brass instruments, forming layers of hits and stabs.

Beltrami has worked repeatedly with such directors as Alex Proyas, Len Wiseman, John Moore, Wes Craven, and Guillermo del Toro. He has also worked with other musicians, including Marilyn Manson (for “Resident Evil”).

It was reported in October 2002 on Beltrami's official website that he had worked on orchestral arrangements for "Thyme", "The General" and "Leave Me Alone" from the then-unreleased Guns N' Roses album Chinese Democracy. While none of those tracks appear on the final track listing of the album, they were confirmed as being recorded during the sessions with a chance of release in the future. However, he was credited officially for providing arrangements on "Street of Dreams", "Madagascar", "There Was a Time", "This I Love" and "Prostitute". As a sidenote, "Chinese Democracy" is also the name of a track on Beltrami's score for “3:10 to Yuma”.