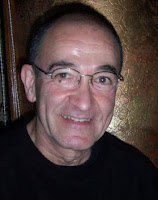 Barry Dennen, who played Pontius Pilate in the original stage and film versions of Jesus Christ Superstar and earlier played a key role in Barbra Streisand’s emergence from cabaret unknown to superstar diva, died Tuesday morning in Burbank, where he was in hospice care. He was 79. Dennen born in Chicago, Illinois on February 22, 1938 was an actor, singer and voice artist and was crucial in the emergence of the Barbra Streisand legend; that he urged her to do cabaret when her acting efforts seemed stymied. He who was the voice of Jack Dalton for French ‘The Daltons’ 2010 TV series.
Posted by Tom B. at 11:02 AM