30 Who Are Those Composers? ~ Elmer Bernstein 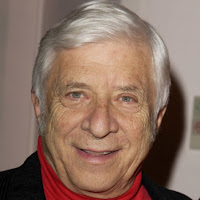 Elmer Bernstein was born in New York City, New York on April 4, 1922. His parents were Edward and Selma, both Ukrainian immigrant parents. He was originally destined for a career in classical music. As a young pianist, he gave his first concert at the age of 15 in New York’s Steinway Hall. Encouraged by Aaron Copland, he undertook composition studies with several important teachers including Roger Sessions and Stefan Wolpe and was educated at the Walden School and New York University. He served in the US Army Air Corps in World War II.

Among his early composition work were scores for United Nations radio programs and television and industrial documentaries. His original scores for films range over an enormous variety of styles, with his groundbreaking jazz score for “The Man with the Golden Arm” (1955), light musical comedies such as his Oscar-winning “Thoroughly Modern Millie” (1967) score, and perhaps his most familiar score, for the western “The Magnificent Seven” (1960). “I really loved the Westerns,” said Bernstein. “They were fun to do, because they addressed themselves to a particular kind of Americana which started with Aaron [Copland]. Also, in my early years, I spent a lot of time with American folk music. It was like discovering a magic world. I think a lot of that stuck with me; it was part of my musical heritage.”

Elmer Bernstein was more than a composer—he was an explorer—always intrigued by the potential of creative collaborations and applying his musical dexterity to different media. Trips to Broadway earned him Tony nominations for best musical score in 1967 for How Now Dow Jones and in 1983 for Merlin. One of his songs for How Now Dow Jones, “Step to the Rear,” even became a hit, as sung by Tony Roberts:

On August 18, 2004, surrounded by family at his home in Ojai, California, Elmer Bernstein lost his battle with cancer. He was 82. His memorial service, held in October at Paramount Pictures, saw an attendance of over 300 friends, family members, and colleagues, but he was mourned by millions. The world had lost one of its most celebrated and beloved composers, but the music lives on, for new generations, in live concerts, film, television, and the internet.