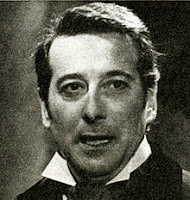 From Italy comes the news of the death of stage, TV and voice actor Antonio Guidi, born in Ferrara October 28, 1927 who passed away on Thursday, October 17 in Milan, Loimbardy, Italy. He was 86.

Guidi, who had won the award Noce d’oro  for Best Young Actor , he graduated  with a degree in architecture in 1951, then for two years he attended the acting school of the Piccolo Teatro in Milan, directed by Giorgio Strehler, and after four seasons in the glorious theater scene in central St. Erasmus in Milan he dedicated his career to dubbing.

Guidi was known as the Italian voice of such actors as Peter Ustinov, Peter Falk, Redd Fox among