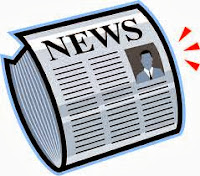 Legendary film composer Ennio Morricone will bring some of his most iconic works to life for two concerts in the U.S. next year. As BrooklynVegan points out, the 84-year-old will play Los Angeles' Nokia Theatre at L.A. Live on March 20, and then he'll take over Brooklyn's Barclays Center on March 23. Both performances will feature the Italian maestro facing off with a 200-member orchestra and choir.

Despite Morricone's long history with Hollywood — he's been nominated for five Academy Awards for Best Original Score, and in 2007, he received an Honorary Oscar for his career achievements — the upcoming L.A. gig will be his first-ever West Coast concert. He made his live-debut in the U.S. just a few years ago, in 2007, with a performance at New York City's Radio City Music Hall. That milestone came after Morricone had built a decades-deep body of work, marked by collaborations with filmmakers such as Sergio Leone, Brian De Palma, Oliver Stone, Barry Levinson, and Warren Beatty.

More recently, Morricone made headlines for his overblown beef with director Quentin Tarantino, who used some of the composer's work (including one original song) in his 2012 film, the spaghetti Western-meets-American-slavery epic Django Unchained.

Tickets for the upcoming shows in L.A. and NYC go on sale October 25, 2013. Tickets are priced from $45 go on sale Friday, October 25 at 10am through AXS.com, and by phone at (888) 929-7849. Nokia Theatre L.A. LIVE is located at 777 Chick Hearn Ct., Los Angeles, CA 90015. For more information please visit enniomorricone-usa-2014.com or Nokia Theatre http://www.nokiatheatrelalive.com/  The concert is presented by Massimo Gallotta Productions and AEG and also will be scheduled in New York at Barclays Center Cushman and Wakefield Theatre on March 23, 2014. http://www.barclayscenter.com/events
Posted by Tom B. at 9:16 AM