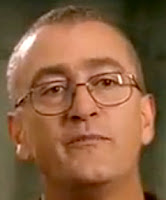 Hollywood sound editor and Oscar winner Mike Hopkins has been named as the Greytown man who died in a rafting accident in the Tararua Range, New Zealand

Hopkins, 53, died after his inflatable raft flipped on the Waiohine River about 3pm yesterday. He was found dead in the water by a rescue helicopter crew, downstream from his two companions, who were both recovered alive.

Hopkins signed on as sound designer for Sir Peter Jackson's 1992 horror/comedy “Braindead”. It was the first of many films they made together over the next 20 years. Hopkins was at Jackson's side during the making of “Heavenly Creatures”, “The Lord of The Rings” trilogy and “King Kong”. He won sound editing Oscars for his work on “The Two Towers” in 2003 and “King Kong” in 2006, along with American Ethan Van der Ryn. The pair were also nominated for their work on the sci-fi box office hit “Transformers” in 2008. Shortly after his nomination for the latter, Hopkins told The Dominion Post that Academy Awards were not the sort of thing he strived for, but it was nice to win them. Hopkins served as dubbing editor on the 1974 Euro-western “Billy Two Hats”. Hopkins has also been nominated for five British Academy of Film and Television Arts (BAFTA) awards.