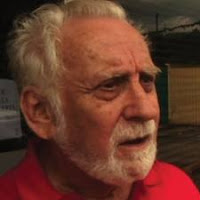 A gallant air is one of those things that one has and rarely loses. In the case of the late actor Axel Anderson, an air of the elegant formal master and all time heartthrob, accompanied him to the last day of his life on December 16, 2012 in San Juan, Puerto Rico of cancer.

The actor, was born Axel Levy into a Jewish family in Berlin on December 11, 1929. He spent more than five decades acting on the island. His family escaped the Holocaust by moving to o Paraguay. Due to political instability in Paraguay, Anderson's family soon moved to Argentina. Anderson started acting as a teenager, working at the Teatro Alemán Independiente, a small theater troupe mainly composed of German expatriates who performed in German. During the 1950s, Anderson moved his young family to Bogotá, Colombia where he worked in theater. The family later moved to the Dominican Republic. During his time in the Dominican Republic, Anderson reportedly clashed with the politics of the Rafael Leónidas Trujillo regime, being forced to emigrate one more time. He and his family settled in Puerto Rico where they have remained ever since.

Anderson made his debut in Puerto Rican television with a sitcom named Qué Pareja a local version of “I Love Lucy”. He also performed in theater and other small television productions. He soon assumed leading man status working in TV soap operas and novelas. Anderson also starred in one of the first major motion pictures produced in Puerto Rico, “Maruja” (1959). His film career continued with roles in Spanish and U.S. films, including “Battle of the Bulge” (1965), his only Euro-western “Finger on the Trigger” as McNamara (1965) and “Bananas” (1971). He later appeared as the bank director in Sylvester Stallone’s “Assassins” (1995).