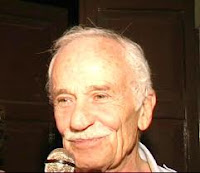 Giorgio Capitani was born on December 29, 1927 in Paris, France. He became an Assistant Director in 1946, followed by several years assisting the direction of a number of films, preferring those of director Vittorio Cottafavi. In 1953, he decided to debut as a director, directing the Italian version of “Delirium”. However, after some works with little success, he dedicated herself to dubbing until 1964, when he again returned to directing with “La notte è fatta per... rubare” (1967), “L'arcangelo” (1969), “Aragosta a colazione” (1979) along with several others. From the second half of the eighties he has mainly been dedicated to the production of drama series and television movies, with a very broad consensus, among the works of this period, Capitani was responsible for some of television’s biggest hits: in 1990, the trilogy ‘Un cane sciolto’ with Sergio Castellitto in the role of judge De Santis, in 1992, ‘Il coraggio di Anna’and ‘Un figlio a metà’, ‘Un figlio a metà un anno dopo’ all in 1994, he worked on the screenplay for ‘Italian Restaurant’ in 1996 and has directed several episodes of the series ‘Il maresciallo Rocca’, with the popular Gigi Proietti in the title role. Unfortunately Giorgio directed only one Euro-western: “The Ruthless Four” with Van Heflin, Gilbert Roland, George Hilton and Klaus Kinski, Today we celebrate Giorgio Capitani’s 85th birthday.