We finish with locations for “A Taste for Killing”. After Fellows leaves town we see him on top of a high ridge. He raises the rifle and looks through his scope and watches the military convoy coming towards him in the ravine below. He then scans the sides of the canyon and spots a group of outlaws about to rob the convoy. It looks like a new job and bounty awaits him and his trusty rifle.

This scene matches what is shown on the posters and LPs for the film. The scene was filmed in Rambla Indalecio on the east side of  N-340 near Oasys (Mini Hollywood). 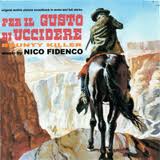 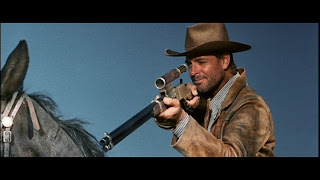