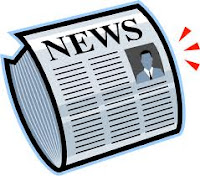 “Django Unchained” premiered at the Ziegfeld Theater in Midtown Manhattan, with director Quentin Tarantino and the entire cast, including stars Jamie Foxx and Leonardo DiCaprio, in attendance, according to The Hollywood Reporter.

After the nearly-three-hour film was screened to a standing ovation, Tarantino and members of the cast opened up to the press about working on the film, describing the process of creating “Django Unchained” and the impact of the film on their lives.

"When we actually went to these plantations, it was a real thing," Tarantino told the Huffington Post. "None of us are going to forget the making of this movie, and it really kind of rocked our worlds a little bit and you could capture that on film."

Leonardo DiCaprio described in detail his character in “Django Unchained,” calling him by far the most villainous character he's ever played.

"I'm not always nice, but this character in particular was probably the most disreputable, horrendous, narcissistic bastard I've ever read in my entire life," DiCaprio told the Huffington Post. "When Quentin Tarantino gives you an opportunity to play somebody like that, you have to take those opportunities. He really writes the best villains ever. This guy was the worst of the worst, he really was."

And it’s not just the actors that have been praising “Django Unchained.” Journalists in attendance at the film’s NYC premiere have been raving about the film online.

The Hollywood Reporter writes of “Django Unchained,” “One of Tarantino's most jarring pictures, the stark depictions of slavery in the film -- a spaghetti western set two years before the Civil War -- and graphic violence drew gasps from the crowd, alternating rapid-fire with massive laughter at the director's fast-paced and idiosyncratic dialogue.”

See “Django Unchained” for yourself when it hits theaters on Christmas Day.
Posted by Tom B. at 12:26 PM