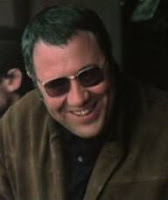 Sergio Corbucci was born on December 6, 1927 in Rome, Italy and is the brother of director, screenwriter Bruno Corbucci [1931-1996]. Next to Sergio Leone he was the most influential and talented director of the Spaghetti Western genre. His first directorial effort was on 1951’s “Salvate mia figlia”.  He made his first steps in the Euro-western genre in 1963 under the alias Stanley Corbett with “Massacre at Canyon Grande” starring James Mitchum, Giacomo Rossi-Stuart and a young actor named Franco Nero, but it wasn't until 1966 with his 4th western, the legendary “Django”, that he became one of the key figures of the Spaghetti western genre. Sergio reached his peak in 1968 with “The Great Silence” and “The Mercenary”, which also brought him into the spotlight of the contemporary political discussion. In all he was involved in 13 Euro-westerns but after “Companeros” his style quickly declined and by the mid-1970s he had drifted into comedy, with several popular films, some of which were highly successful in Italy. He died on December 1, 1990 of a heart attack. With the upcoming release of Quentin Tarantino’s “Dango Unchained” Corbucci’s name is once again in the news. Today we remember the other Sergio, Sergio Corbucci on what would have been his 85th birthday.