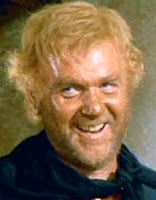 Harry Carey Jr. legendary character actor who starred in such Westerns as "3 Godfathers" and "Wagon Master," died in Santa Barbara, California on December 27, 2012 at the age of 91. Carey was the son of silent-film Western star Harry Carey Sr. and actress Olive Carey. He married his wife Marilyn Fix, daughter of actor Paul Fix in 1944. Harry’s career spanned more than 50 years and included such John Ford films as "She Wore a Yellow Ribbon" (1949) and "The Searchers" (1956). He also appeared in the movies "Gremlins" (1984), "Back to the Future Part III" (1990) and as Marshal Fred White in “Tombstone” (1994). Carey appeared in over 150 films and TV appearances among which were 88 westerns. Harry appeared in four Euro-westerns: “Trinity is STILL My Name” (1971) as Trinity and Bambino’s father, “Man of the East” (1972) as Holy Joe/John, “Challenge to White Fang” (1974) as John Tarwater and “Take a Hard Ride” (1975) as Dumper. His memoir, "Company of Heroes: My Life as an Actor in the John Ford Stock Company," was published in 1994. He is survived by his wife, son, two daughters, three grandchildren and two great-grandchildren.

On a personal note I met Harry several times over the past 20 years and there was never a more nicer human being who was so down to earth and full of stories about John Wayne, John Ford, Terence Hill and Lee Van Cleef. The last of the John Ford acting company has left us. Adios amigo. You are already missed.