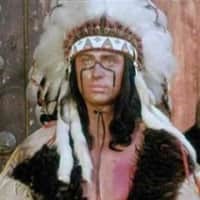 Szabolcs Cseh was born into a Szekler family on December 11, 1942. After graduating from Andrei Șaguna High School and Unirea High School in Brașov, he attended the Institute of Physical Education and Sports in Bucharest, which he completed in 1966.

He has worked as a trapeze flyer at the State Circus in Bucharest in the band Ganea. In his third year of college, he collaborated as a stuntman in the film " Dacians ", directed by Sergiu Nicolaescu , then the following year in the films “Împușcături pe portativ" (directed by Cezar Grigoriu ), the French production of "Tom Sawyer and Huckleberry Finn " and “Celebrations gallant” (directed by René Clair).

"At the beginning of my career I trained at the circus in Bucharest to improve my trapeze exercises. But my father, who was the director of the only bank in Brașov, did not want it to be known that I was a circus performer, so during the day I went to classes and at night I trained to become the best flyer in Europe . ”

In the years 1967 - 1980 , being the first Methodist (master of fights) employed in such a position in Romania, in the Cinematographic Studio "Bucharest" and then in the RomaniaFilm Center - Center for Cinematographic Production, he collaborated in all Romanian films containing sequences of action-fighting and performed multiple difficult and spectacular falls, some of which were unique in the world.

Also from 1967 Cseh formed the first team of professional stuntmen in Romania, whose continuity ensured it, through coordination and training, until 1987. Thus, Szabi Cseh contributed substantially to the creation of a practically non-existent field in Romania until then and to The "golden period" of the Romanian action film in a global context.

In 1975 he became the coordinator of the German stunt school , where he collaborated with Peter Fogel, action director and stuntman on 11 films produced by DEFA studios in East Berlin and Tele Munich (until 1986 ). Since his debut, Szabi Cseh has collaborated on more than 150 feature films or TV films, including 25 foreign productions and co-productions (Germany, France , USA , etc.), designing and directing action-fighting sequences, designing and / or performing falls, coordinating stunts and playing memorable movie roles .

On January 8, 1990 , Szabi Cseh founded the first Association of Professional Stuntmen in Romania, which he led for several years.

After the revolution , he made rare appearances in films, accusing him of corruption and paying too little fees to stuntmen.

"Producers started hiring only stuntmen who did not report bribes. All sorts of directors demanded 500 euros to pay a stuntman a day's work and then hired children who made two tumbles and gave them 100 euros, the rest of the money going into their pockets. I refused to accept corruption, so I was not allowed to work . "

Since 1980, initially as  university lecturer, he began teaching such interdisciplinary courses at UNATC "IL Caragiale" in Bucharest, acting, film and TV image, film directing, theater directing. He contributed to the training of dozens of generations of actors, theater, film directors and film and television operators. He also had teaching collaborations at the "Ciprian Porumbescu" University of Music , opera directing department . Since 2005 , Szabi Cseh began expanding his GLADIATOR social program. for poor children, designed to prevent and combat juvenile delinquency. In 2008 he started a program for children with severe mental and physical  disabilities.

Szabi Cseh learned in the summer of 2012 that he was suffering from multiple myeloma and a tumor in his spine, a rare form of cancer that crushed his bone system and caused him severe pain. Due to complications from his illness, Szabi Cseh was forced to be admitted to Fundeni Hospital in the summer of 2013, where he remained until his death on August 1, 2014,

“The Last of the Mohicans” guest appearance] [as Szobor Cseh]

The Prophet, the Gold and the Transylvanians – 1977 (Sergeant McDusky) [as Szabolcz Cseh]

The Oil, the Baby and the Transylvanians – 1979 (Sergeant McDusky) [as Szobor Cseh]