Robert Mottura: "It was the American West"

ROBERT MOTTURA, decorator and Indian at heart, decided in 1965, with 500 francs in his pocket, to create the Vallée des Peaux Rouges (Valley of the Redskins). “It was a crazy dream. A somewhat crazy desire to recreate the American West. With his "iron team", as he calls it, he brought this western town out of the dirt. "We really did everything, everything was assembled by hand with the means at hand," he recalls. “The construction plans, we sketched them on the backs of packages of Gitanes. We made costumes, tapestries, jewelry and moccasins; it was a great adventure.”

The opening of the Valley in April 1966 was an event. “10,000 people came out, we didn't know where to turn, the television had announced the inauguration in a very spectacular way. “The iron team” had indeed participated in a great show. “We had built tepees in front of the ORTF and I had mounted the stairs on horseback for the show, in costume, with Indian jewelry around my neck.”

Horses saved from the slaughterhouse

Robert Mottura also remembers the day when Mario Luraschi decided to save the horses from the coolers in Paris to settle them in the Valley. “Les glacières de Paris had decided to part with its horses and wanted to sell them to slaughterhouses. Mario had decided that it was necessary to buy them back, he took it in hand. He even brought them back from Paris in a herd. The herd toured villages to find harnessed hearses to convert into stagecoaches and wagons of the American West. “The whole adventure of creating the Valley of the Redskins would take hours to tell. I left in the middle of the summer of 1966, and I just know that it was sold several times, but the atmosphere was not like when it started.” 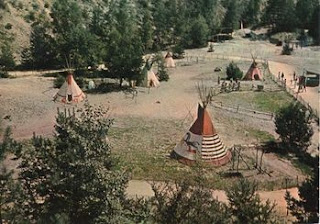 Mario: "I was the Indian of the plains of Fleurines"

“I took part in the beginnings of the Vallée des Peaux-Rouges, remembers Mario Luraschi. When you're 18, it's a fabulous experience.” An essential specialist in horse stunts, from “The Black Stallion” to the “Visiteurs” via “les Caprices d´un fleuve”, Mario Luraschi, now based in Fontaine-Chaalis, has today more than 300 films to his credit.

At the start of the 1960s, he was fascinated by the television soap opera “Les Indiens” and went out of his way to take part in its filming. This is where he meets Robert Mottura.

He helps develop the stunts It was in 1965 that the latter proposed to Mario, the young horse enthusiast, barely 18 years old, to follow him on the adventure of the Vallée des Peaux Rouges (Valley of the Redskins). There will be two seasons left. He participated in the construction and developed his first stunts, before being noticed by producers and participating in films.

“Robert Mottura wanted to construct the Valley and I came to give him a hand, I liked the project straight away. All this corresponded to my desires, I was immersed in my India.

The team worked throughout the winter of 1965 to develop the site, which did not naturally lend itself to the project. The center had to be built entirely. “It was rather magical, explains Mario Luraschi. In the Vallée des Peaux-Rouges, I felt like I was living like an Indian. Which, in the Oise, is rather original.”

In 1965, while fashion was for twists and slicked back hair, Mario Luraschi wore a mane that went down his back and slept under a teepee.

When the Vallée des Peaux-Rouges opened its doors in April 1966, it was an immediate success. “Even if the public had discovered an amusement park like La Mer-de-Sable as early as 1963, the Vallée des Peaux-Rouges surprised and enchanted. It was in a way a world a little apart, very well reconstructed and with a very exotic side. Another world made by a handful of enthusiasts, in a wonderful atmosphere.” 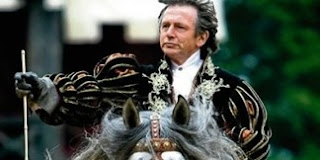