50th Anniversary of the premier of “The Magnificent West”

Today marks the 50th anniversary of the premier of the Italian comedy western “The Magnificent West” directed by Gianni Crea and starring Vassili Karis. The film tells the story of a young gunslinger named Texas Bill (Karis ) and his friend Pistola (Italo Gaseperini) who save an innkeeper and his daughter Mary (Fiorella Mannoia) from the hands of two outlaws just a few years after saving two brothers, Fred and Jim , from an unjust hanging. Their dual action raises the ire of Martin (Gordon Mitchell), a gang leader who dominates, with terror the city of Tucson. He tries to get rid of Texas Bill by having him jailed, but the young gunman, with the help of Pistola, escapes and joins a group of farmers who have settled in a village a few miles from Tucson. Anticipating a showdown with Martin's men, they are prepared to meet the gang head-on and when they do attack are soundly defeated. Martin’s rule is reduced to impotence, Texas along with Mary, rides off to new adventures. 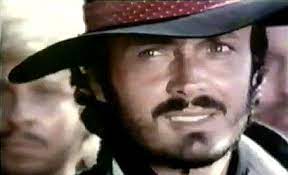