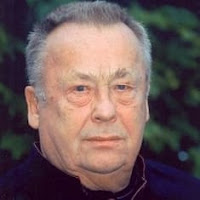 German actor Rainer Basedow died in Salzburg, Austria on May 15, five days short of his 84th birthday. Basedow was born on May 20, 1938 in Mühlhausen, Saxony, Prussia, Germany and grew up in the former GDR, graduated from high school in Magdeburg in 1965, but was not allowed to study because of "political unreliability". After fleeing to the West, he first began studying to become a teacher in Braunschweig, but later switched to acting and moved to Munich. From 1976 to 1995 he was a permanent member of the Munich Laughing and Shooting Society, with which he gave 19 tours and around 4000 performances. He celebrated his greatest successes in the 1970s. In 1974 he played, among other things, the sergeant Dimpfelmoser in "Räuber Hotzenplotz" alongside Bond villain Gert Fröbe. Film roles include "Drei Männer im Schnee", "Ein dicker Hund",  "Starke Zeiten" und "Schwere Jungs". Basedow was seen on television in "Derrick", "Tatort", "Der Alte", "Der Bulle von Tölz" and many other productions. He also acted as voice actor in a wide variety of films: Among other things, he lent his voice to John Belushi in "The Blues Brother". But his distinctive voice was also heard in Disney productions. Among other things, as Warty Pumbaa in "The Lion King" or as Wayne Knight in "Toy Story 2". Basedow appeared as a miner in the 1976 Euro-western “Montana Trap” (aka Potato Fritz).