Charles Bronson at 100: Why action stars like Liam Neeson owe him a debt 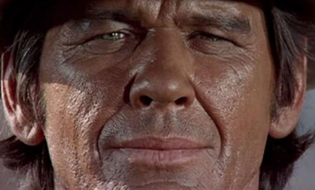 The actor is best remembered for his role as the taciturn, ultra-macho vigilante in the critically derided Death Wish movies. On the centenary of Bronson’s birth, Geoffrey Macnab looks at how he actually set the template for the modern action hero.

Towards the end of Death Wish 3, Charles Bronson’s vigilante hero is threatened with a gun by Gavan O’Herlihy’s gang leader. The thug has seemingly come back from the dead after already being shot once – in fact, he is wearing a bulletproof vest. This time, our hero takes aim at him from point blank range with a rocket launcher, completely obliterating him. It’s an absurd, nonsensical finale to an absurd, nonsensical film in which the death count is through the roof. Bronson’s expression doesn’t change. He looks utterly unperturbed, even slightly disinterested, as if he is performing an everyday domestic chore before he picks up the $1.5m check that Menahem Golan and Yoran Globus, the maverick Israeli producers of Michael Winner’s 1985 film, have promised him for services rendered.

This year marks the centenary of Bronson’s birth. He was the most enigmatic action star of his era, one who appeared in his share of terrible films without it ever seeming to compromise his reputation. His brand of macho minimalism has proved hugely influential. Actors like Bruce Willis, Liam Neeson and Jason Statham have played similarly unexpressive heroes in more recent action movies without ever quite matching his eerie calmness.

Bronson, who died in 2003, doesn’t openly show grief or anger on screen but many of the characters he plays have suffered extreme trauma in their past. Generally, they’re out for revenge. His face is always impassive but, in his better performances, he’ll convey his hurt and yearning through an expressive look in his eyes or (as in Once Upon a Time in the West) by playing a few bars on a harmonica. He is always very gently spoken. That serves both to ingratiate him with audiences – he seems so polite – and to make him all the more intimidating. We know that he could explode into violence any time soon.