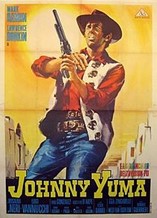 Jean-Pierre Duclos was born in Switzerland on October 2, 1931. After classical studies at the College of Geneva , he enrolled at the Conservatory. In 1951, he left for Paris to try his luck. From then on, he followed the lessons of René Simon then those of Marianne Stein at the Max Reinhardt school. Like many actors, he made his acting debut in the theater.

In 1953, he appeared Dona Rosita alongside Sylvia Montfort , then that of the Cercle de Craie. In 1954, he discovered the world of dubbing and later lent his voice to various actors such as Peter Graves, James Coburn and Karl-Heinz Böhm in the Sissi saga. In 1962, he was chosen to become the French voice of Sean Connery in the role of James Bond and remained faithful to it until a last opus of the said saga in 1971, in 1983, where Jean-Claude Michel takes over Connery’s voice.

In 1983, tired of the Parisian daily, he took early retirement and retired to the Alps , near his native Switzerland. There he died on February 19, 2016.