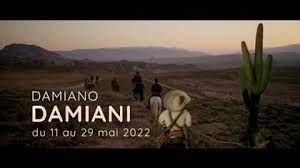 From May 11 to 29, 2022, the Cinémathèque française is organizing a retrospective devoted to Italian director Damiano Damiani . Trained at Cinecittà, he is the director, from 1959 to 2002, of a rich and varied filmography, which oscillates between genre film and political film, with a predilection for psychological introspection. From an intimate universe tinged with suave eroticism (The Island of Forbidden Loves), he skilfully moves from the "western Zapata" (El Chuncho aka A Bullet for the General) to the social thriller ( La Mafia fait la loi, Alone contre la mafia ), devoting it as a specialist of a popular and civic cinema, dedicated to unveiling the mysteries of Italian politics.

“Damiano Damiani occupies a special position in the history of Italian cinema, between entertainment and the affirmation of one's own personality. Let's say that the two dimensions would not be opposed in him but would rather merge in an apparent paradox. It is at the moment when he seems to be moving away from the showy affirmation of an author's superego that he perhaps builds a very personal work, testifying in any case to marked obsessions.

It is arguably because of this very uncertainty that its critical status has remained undecided. Is it also because his filmography seems quite heterogeneous, unclassifiable, going from literary adaptation to denunciation film and thriller, trying his hand at western and even horror film? Did the work of Damiano Damiani express, like others, the entry of transalpine cinema into its modern phase, or is it only a skillful opportunistic enterprise, following the versatile tastes of the public? Contrary to what has sometimes been written about him, the filmmaker cannot be reduced to such a poor and puritanical opposition. » Jean-Francois Rauger