Who Are Those Composers? – Udo Jürgens 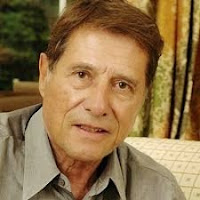 Born Jürgen Udo Bockelmann on September 30, 1934 in Schloß Ottmanach, Carinthia, Austria. He was an Austrian-Swiss composer and singer of popular music whose career spanned over fifty years. He won the Eurovision Song Contest 1966 for Austria, composed close to 1,000 songs, and sold over 100 million records. In 2007 he additionally obtained Swiss citizenship.

In 1952 Udo Bolan, as he was called then, formed the Udo Bolan Quartet In Klagenfurt of Austria appearing regularly at the Café Obelisk in Klagenfurt with Englishman Johnny Richards on drums, Klaus Behmel on guitar and Bruno Geiger on Bass. The quartet played regularly at various dance and jazz venues and also broadcast on Radio Alpenland and the British Forces Radio network.

In 1950, he won a composer contest organized by Austria's public broadcasting channel ORF with the song "Je t'aime". He wrote the 1961 worldwide hit "Reach for the Stars", sung by Shirley Bassey.

He is credited with broadening German-language pop music beyond the traditional postwar "Schlager" in the 1950s by infusing it with a modern pop appeal and French chanson style. His compositions and arrangements attracted fans of all ages. Until his death at age 80 he continued to fill venues in Germany, Austria, and Switzerland.