Arthur Brauner: "I do not believe anyone else and never!" (Part 1)

Arthur Brauner is a world-famous German film producer who produced more than 250 films and television films (including at least 10 westerns), was born into a Jewish family in the Polish city of Lodz 100 years ago. He produced not only Westerns. In almost all of his interviews, Browner mentions the Holocaust, a topic that had a deep, indelible groove that plowed up his long life and hurt his heart forever.

The amazing dizzying career of Arthur Brauner, a twenty-eight-year-old “displaced person”, the son of a Jewish timber merchant and emigrant from Odessa, began in 1946 in Berlin, in the heart of Germany defeated after the war, destroying 49 people close to him, who almost did not deprive him of his life. Dreamed of cinema, Arthur, nicknamed Atze, together with the brother-in-law, opened his own small film company CCC-Film / Central Cinema Company, which later made it a multimillionaire. Incredibly, but the fact is that a Polish Jew who barely spoke German, managed in a hostile country to fulfill his long-cherished dream of taking up filmmaking!

One of his first films is “Going to Death” / Morituri (1948), telling about escaping from a concentration camp, Arthur Brauner with difficulty took off with the support of the Soviet military administration in the East zone of destroyed Berlin. Despite the favor of critics, the local public who were not ready for such a plot announced a boycott to the film, it was even withdrawn from film distribution. In order not to burn out at all, disappointed Browner turned to the side of the box office movie. Being a talented man and at the same time a successful filmmaker, he nevertheless sought to fulfill his mission in creating film succession on the topic of persecution in Nazi Germany.

We collected the most interesting moments from several interviews given by the patriarch to various publications and journalists. The most hard-won in the "May" topic is the big specialist Ralph Bausch. Special thanks to him!

Nowadays, the patriarch of German cinema is not in the best mood, and the matter here is not at all in old age. He complains that now hardly manages to produce at least one film a year! Is it a matter of earlier when 15–18 tapes were released, among which were such big films as “It happened in the light of the day” / Es geschah am hellichten Tag (1958), “Tiger from Eeshnapur” / Der Tiger von Eschnapur (1959 ), “Indian Tomb” / Das indische Grabmal (1959). Yes, at least the same “Winnetu is the leader of the Apaches” / Old Shatterhand (1964) ... The main reason, in his opinion, is bureaucracy!

Back in 1993, Brauner was preparing to shoot a film about Oscar Shindler under the working title “Angel in Hell”. He met the legendary Schindler 20 years earlier. According to Browner, Schindler, after watching two of his films, July 20 and Going to Death, said: “Herr Browner, you are my man! Make a movie, shoot it well and honestly! ”When work began on the project, the book of the Australian writer Thomas Kenelli, The Schindler's Ark, unexpectedly came out. American director Steven Spielberg bought the rights to film this work. Browner did not need any rights - he had a blessing from Schindler himself even before Spielberg was going to purchase a novel.

Atze offered support for the project. Having overcome many obstacles, his people began to build Schindler's factory, a house, a workshop, and then he suddenly finds out that this is all for nothing ... Trying to find government support, Browner eventually received an official document, where he stood in black and white: There can be no commercial success. ” The subsequent appeal was also not satisfied.

Marco Hofshneider in the film "Europe, Europe" (1990)
Life proved the opposite: the American film "Schindler's List" won an Oscar and was a stunning commercial success.

A similar story happened to another Brauner tape “Europe, Europe” (“Salomon from the Hitler Youth”) / Europa Europa (1990), the main character of which is a young man hiding from Nazis under other names. The film was faced with the German idea of ​​political correctness, as a result of which the producer was not allowed to exhibit him for the Oscar. In this case, the award - the American "Golden Globe" - the tape still received.

Not without bitterness Arthur Brauner complains:

When all this is summed up, a bad feeling arises. But despite this, we must fight on.

- Herr Browner, and at what age did the movie fascinate you?

At six or seven I saw the film “Doctor Mabuse, Player” / Dr. Mabuse, der Spieler (1922) Fritz Lang, then his own "Nibelungen" / Die Nibelungen (1924), and is still fascinated by them. Later I came up with my own “Mabuse” (this is about the film “The Thousand Eyes of Dr. Mabuse” / Die 1000 Augen des Dr. Mabuse (1960) by the same Fritz Lang). Die Nibelungen 1 - Siegfried, Die Nibelungen 2 - Kriemhilds Rache (1966) with Harald Reinl removed the other Nibelungen. I still consider this film very worthy. Great picture, good game, and pretty good dramatization. Why the tape did not receive a decent assessment, I do not know, but it is. One film is popular, the other - also good - does not have such popularity.

“You liked the westerns then too?”

The whole world revolves around the cinema. I watched all the tapes that went to the movies on Fridays, that's all! A lot of westerns! I knew every new hero of westerns, and old ones too. Even today, after so many years, I remember names like Robert Taylor, Tom Mix. And Gary Cooper saved my life with his early western by not knowing it at all. It happened in 1939, when I came across SS officers in a Polish forest. I almost got caught, but I managed to jump into the cold river, just like in the old western with Gary Cooper. In addition to westerns, I loved adventures. I then imagined myself as Tarzan, saving my bride in the jungle from hordes of wild animals. So, cinema is the center of my life. Probably, I will deal with them until the last ...

- During World War II you left for the Soviet Union. Did you have any relatives or friends there?

Left for the Soviet Union? Hmm, yes, I escaped and found myself behind the demarcation line, in Western Ukraine or in Galicia, as they used to be called, not far from Lviv. On the one hand, German troops entered the city, on the other - Soviet. And no one knew what would happen next. We have a family chronicle. When I look into it, I can’t believe that there is something about me. I also act there just like some ... James Bond. Only Bond has always had a blonde, but I haven't (laughs). But seriously, I have always fought against injustice and inhumanity, otherwise life does not make sense. 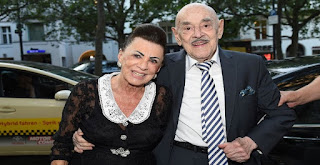 Somehow my wife and I were invited to an appointment with the federal president. I told him: “Mr. President, the fact that my wife and I are here now is just a miracle.” And he replied: "And the fact that I am here is also a miracle." And then I said to my wife: “Can you tell Mr. President something about yourself?” I myself found myself in dangerous troubles more than once, but my wife, Marie, was even bolder! At sixteen, she fled from Lviv to Warsaw. There, a polka woman hid her mother and her seven-year-old cousin Nina in a large baking oven. My future wife managed to get them out of there and save them from certain death. Polish woman received money for silence, it is clear that sooner or later she would have reported ...

It is worth noting that at all social events, Browner invariably appeared along with his charming wife Maria. Incidentally, he could not appear at all, defiantly, when he knew that he would meet there one of the former directors of the Third Reich, for example, Faith Harlan. Mary, in order to survive the Holocaust, had to lighten her hair and pretend to be a Polish Catholic “Aryan” origin. She ended up in forced labor at military factories in Hanover, and then, deliberately injuring herself, became an assistant in the infirmary ... Unfortunately, today she is no longer alive.

Is it possible now to imagine how this all happened then ... Can you believe that the murderers once threw the body of a Jewish boy into liquid manure? Or how one major, or maybe the captain, I don’t remember already, told the Jews that tomorrow the train will come and need to recruit 1,200 people for work. Like, we will go to the East, and at the end of the war we will return back. At that moment I noticed how his adjutant, or who he was there with him, smirked smugly. I realized that this is a lie. He got out of the crowd and, having appeared at the toilet, hid there. The rest got into the cars and, 24 hours later, turned into the ashes of Treblinka. From that moment on, I never believe anyone else! I am always on my guard as soon as I hear sweet speeches. 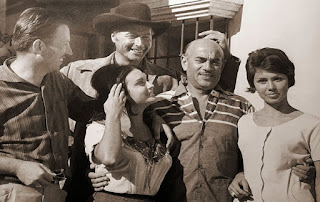